Not a “Math Person”? Teachers Should Tell You Otherwise.

Type “mathematician” into a Google image search. What do you notice?

Recently, I asked a group of Charleston-based math educators to follow these directions in a professional learning session and describe what they saw. “Old,” “male,” and “white” were the most common adjectives. Say that instead I asked you to name well-known Black, Latinx, and Indigenous mathematicians. How many would come to mind?

While we looked at a series of photos that were overwhelmingly white and male, one educator said that for girls or BIPOC students, the natural conclusion must be, “‘Oh, I definitely can’t do math. Maybe I should like something like reading.’”

The images we see and narratives we hear eventually become our reality. American and Western culture overwhelmingly say that math is an endeavor for old white men. Researchers call this the “Math People Myth,” and if teachers of students of color allow it to persist, it will continue to oppress and stand in the way of our students fully experiencing and accessing mathematics.

As a Black woman “math person,” a career educator, and the mother of Black children, I refuse to let that happen. So, let’s talk about where this myth comes from and how we can disrupt it with “counter-stereotypic imaging.”

In “The Stereotypes That Distort How Americans Teach and Learn Math”, Professor Jo Boaler discusses the pervasive stereotype that mathematics is a fixed ability for select racial groups and men. These stereotypes affect children early and powerfully. Children express stereotypes about who is “good at math” as early as second grade (Bian, Leslie, & Cimpian, 2017; Wigfield, et al, 2015). Even if the student doesn’t believe the stereotype, just knowing about the stereotype about one’s group being “bad at math” can impact performance through a phenomenon called “stereotype threat” (Spencer, Steele, & Quinn, 1999).

Beyond the stereotypes they encounter, students are also influenced by the stereotypes their teachers uphold. Research has shown that teachers’ own implicit bias and stereotypes about who is a mathematician can lead to them treating students differently based on their group (Jamil, Larsen, & Hamre, 2018). This does not necessarily happen consciously, but the negative impact on student achievement is the same—even teachers’ implicit attitudes about intellectual abilities are related to classroom achievement gaps (Van de Bergh, et al., 2010). The good news: math opportunity gaps are within our power to change.

How We Can Counter Math Stereotypes

What can we do to counter stereotypes, especially if many are implicit? There are some proven strategies. One strategy is counter-stereotypic imaging. Since a stereotype is an association in our mind between two things—in this case, a group identity and success in mathematics—one way to override stereotypes is to spend time building new associations. We do this by thinking about or imagining people who don’t conform to the stereotypes.

Let’s take an example belief: girls aren’t good at math. One way to counter that belief is to seek out examples that go against that stereotype. These can be real-life friends and family, famous people, fictional characters or even imagined or invented people. The more detailed the imagery, the better, and visual images work better than just hearing about it.

Counter-stereotypic imaging alone will not erase inequity in mathematics, but it can be a powerful disruptor. So, it’s critical that we provide diverse representations of mathematicians in our classrooms and our schools.

An Example from Charleston County

In my team’s work with educators in Charleston County School District, we asked educators to spend time researching mathematicians who countered the stereotypes about who is and is not a “math person.” We then did a “show and tell” at our next group learning session in which participants shared what they learned.

The result was a list of over 40 mathematicians who represented the true diversity of mathematicians. Math stars like Thomas Storer (one of the first Native Americans to earn a Ph.D. in math), Valerie Thomas (inventor and mathematician for NASA), and Jayuntay Williams (Charleston County’s own District Teacher of the Year in 2019) dotted the screen. This simple step—experiencing the power of counter-stereotypic imaging—was a meaningful one. The math team quickly got creative.

Educators can take their own first step toward engaging in counter-stereotypic imaging as soon as tomorrow. A simple technique for educators to try is to call their students “mathematicians” during class in the same way ELA teachers may call their students “readers” or “writers.” One teacher shared that she does a mathematician project with her students in which they research Black and Latinx mathematicians and complete a report and presentation.

To continue the work of counter-stereotyping, one of our school teams in Charleston created a “Mathematicians Can Be You” wall in a main hallway where students can read about and see images of diverse mathematicians. Little mirrors dot the walls so they can literally see themselves as mathematicians as well. The educators are now adding more photos to the wall—their own students, mathematicians, doing math.

“Our students need to believe in themselves to push themselves to succeed, and eliminating these stereotypes would be a wonderful first step in this process,” shared a reflective Charleston educator. Spot on.

I challenge you to think about what that work could look like in your own school. What are the messages you want to send to students about your belief in them?

This piece originally appeared on the Aligned blog from Achieve the Core. 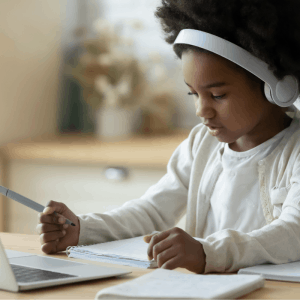 Are My Students Engaged? How to Self-Assess Virtual Participation in ELA 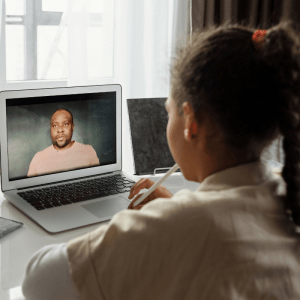 It’s easy to mistake engagement for learning. Here’s how I learned the difference. 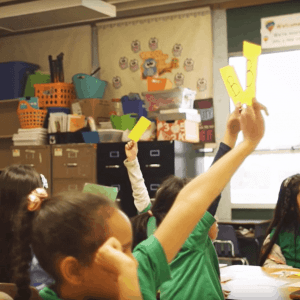 How to help students retrieve what they have learned 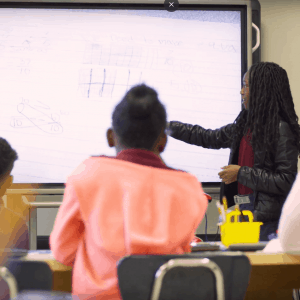 Getting students to think about thinking