Almost two months after MacKenzie Scott’s latest announcement of transformative gifts to nonprofits — which did not include details on how much or who — recipients are beginning to reveal details, with an apparent focus on education and equity.

At least six organizations announced their gifts, as recently as Feb. 3 and as long ago as Jan. 20, totaling $205.5 million:

If history is an indication though, there’s certainly more to come — lots of it. Scott averaged a total of $2.85 billion in gifts to 262 organizations, most all of them the largest in the organizations’ histories during three previous rounds of grantmaking.

In her fourth round of gifts, however, Scott did not include details of amounts or recipients in the announcement, which she posted on Dec. 8 via Medium. Scott often has emphasized that the focus should be on the charities and the work that they do — not on her.

Scott is worth an estimated $50 billion or more, largely because of her divorce from Amazon founder Jeff Bezos. About every six months since July 2020, she has announced billions of dollars in donations — more than $8.5 billion to almost 800 nonprofits in the first three rounds. Much of her focus has been on education and racial equity, giving to Historically Black Colleges and Universities (HBCU), Native American schools, as well as a traditional charities, such as United Way, YMCA, and Easterseals. One round of giving had an infrastructure bent, giving to organizations that build nonprofit capacity.

“For me, it felt a little like Publishers Clearinghouse,” said Chong-Hao Fu, CEO of Leading Educators, referring to the sweepstakes known during the 1980s for its connection with celebrity pitchman Ed McMahon.

The New Orleans-headquartered organization was contacted last summer about vetting for an anonymous donor, he said, and was notified of the gift in November and received a lump sum in December. During the process, Fu said, they talked through the organization’s mission, values and impact with students and teachers, and “how our work advances racial equity for students. We supplied a lot of information.”

Read the full story on The NonProfit Times.

Promoting Equity By Building on Your District’s Strengths 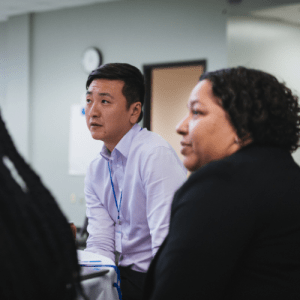 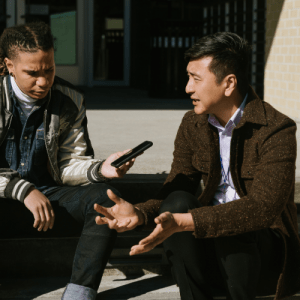 Feature: A Day in the Life with Chong-Hao Fu